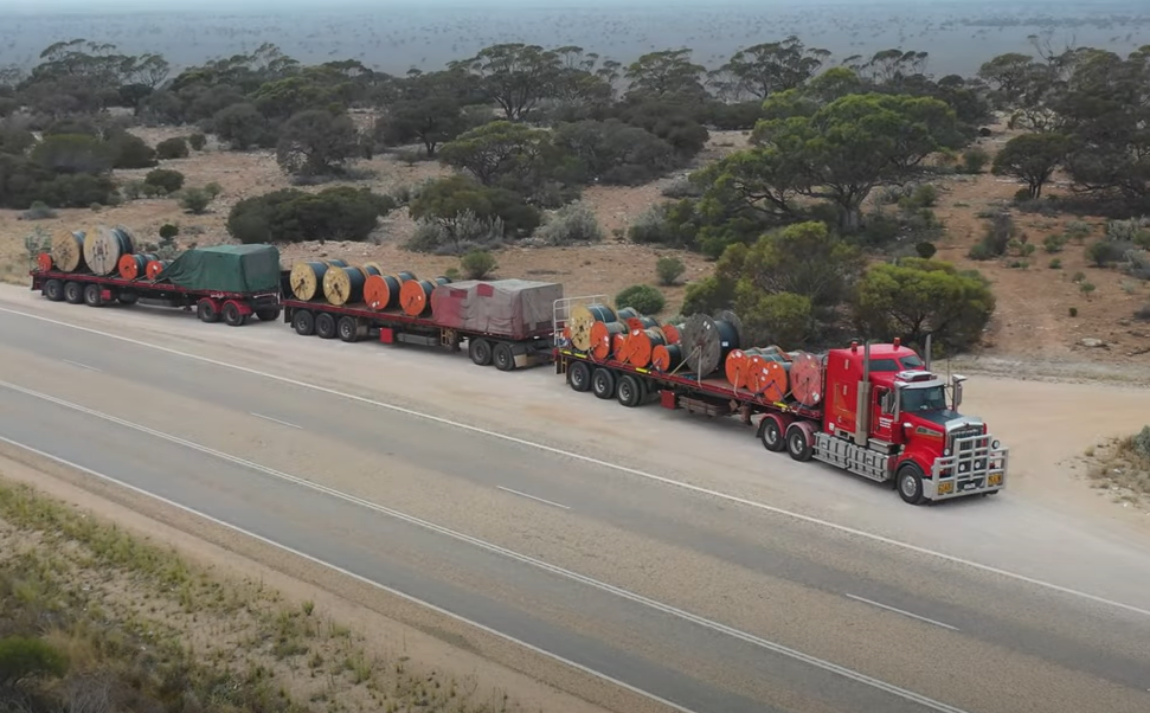 The recent flood events this January 2022 in South Australia closed the Pacific National rail line for several weeks and interrupted the volume of freight sent via rail from the Eastern states to Perth. As a result, a backlog of freight occurred and the volume needed to be sent via road increased significantly. The NHVR worked with stakeholders to permit triple road trains to run West of Port Augusta SA into WA. This route to the West is normally limited to 2 trailers at a time in a road train configuration.

The Triple road train is 53.5m long and can have a total combined weight of 124 tons under mass management rules when fully loaded to capacity, including the 2000 litres of fuel it needs to carry for the trip. Nexans products loaded ex Lilydale on this triple road train combination equated to nearly 70 tons of cable, destined for our customers in Western Australia. Making sure our orders keep flowing for delivery during this testing environment.